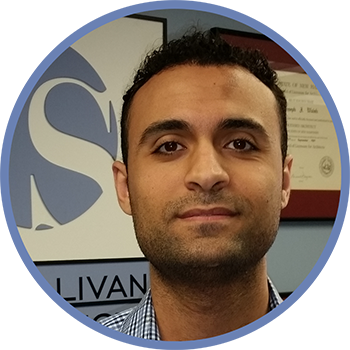 Erion earned his Bachelor in Architecture degree in 2017 from the Boston Architectural College (BAC). He joined O’Sullivan Architects in December of 2014 and is excited to contribute to the team and learn from the wide variety of backgrounds and experiences of his teammates. As a native of Albania, he graduated from Jakov Xoxa – Design Training High School.

While studying at the BAC, he was involved with the school’s Gateway Projects serving as the Director of External Relations for the Campus Climate Action Plan. In this role, he analyzed massive amounts of data collected from a survey issued to more than 1,000 students and faculty. Using computer software, his team developed rational solutions to improve the energy consumption of the BAC Campus and reduce the amount of CO2 released in the atmosphere by the school.

In his off-time Erion enjoys spending time with family and friends, visiting new places, and trying new cuisine. He volunteered at the Cambridge Community Learning Center as an ESL (English as a Second Language) Tutor. Aside from architecture, Erion is a lover of the arts, science, technology, and traveling. He is a car enthusiast and his favorite sport is European football (soccer).