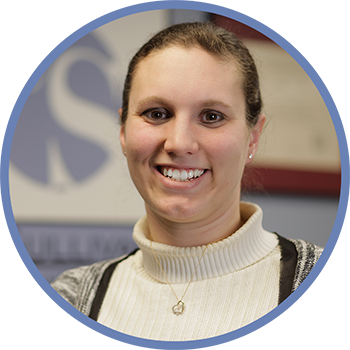 Stefanie received a Bachelor of Science in Architectural Engineering from Wentworth Institute of Technology in August 2007 and participated in study abroad programs in Germany, Italy, Switzerland, and Ireland. She first worked for O’Sullivan Architects during an internship in 2006. In 2010, Stefanie received her LEED Green Associate credential.

Since returning full-time in September 2007, she has worked on such projects as an age restricted community at Meetinghouse Commons in North Andover, the 28-unit Northfield Commons in Andover, a custom home in Lexington, a rehabbed home on Leonard Ave in Newton, a rehab/addition on Garden Road in Newton, and, most recently, a rehab/addition on Buckminster Road in Brookline. Stefanie’s many talents include hand-rendering, graphic design, 3D computer modeling, and photography.

In her free time, Stefanie volunteers at a no-kill animal shelter in Salem, MA, where she helps clean the facilities and works with dogs who need extra attention in an effort to help them come out of their shell and display their true personalities for adoption. These skills came in handy when she adopted her own rescue dog, who was previously abused.