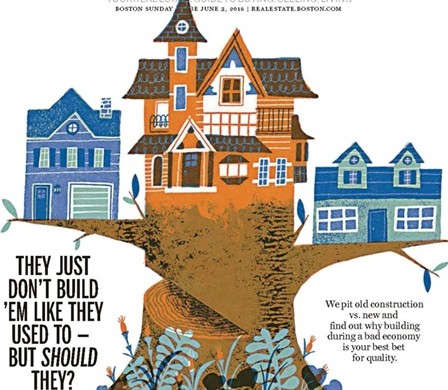 Our President David O’Sullivan was recently featured in The Boston Sunday Globe article by Jon Gorey | Globe Correspondent which talked about the differences in building styles & compositions of New England homes over the past few decades.  Are you someone who has always appreciated the craftsmanship of old New England homes but never knew the specific intricacies?  This piece gives a perspective of the differing practices between today, for better & worse, and the romanticized homes of the late 19th century.

Some of the takeaways from this article:

As seen in the Boston Sunday Globe