A new restaurant – The Glenville Stops – opened in Allston in early April.  It sounds simple enough, but there’s much more to it than that. 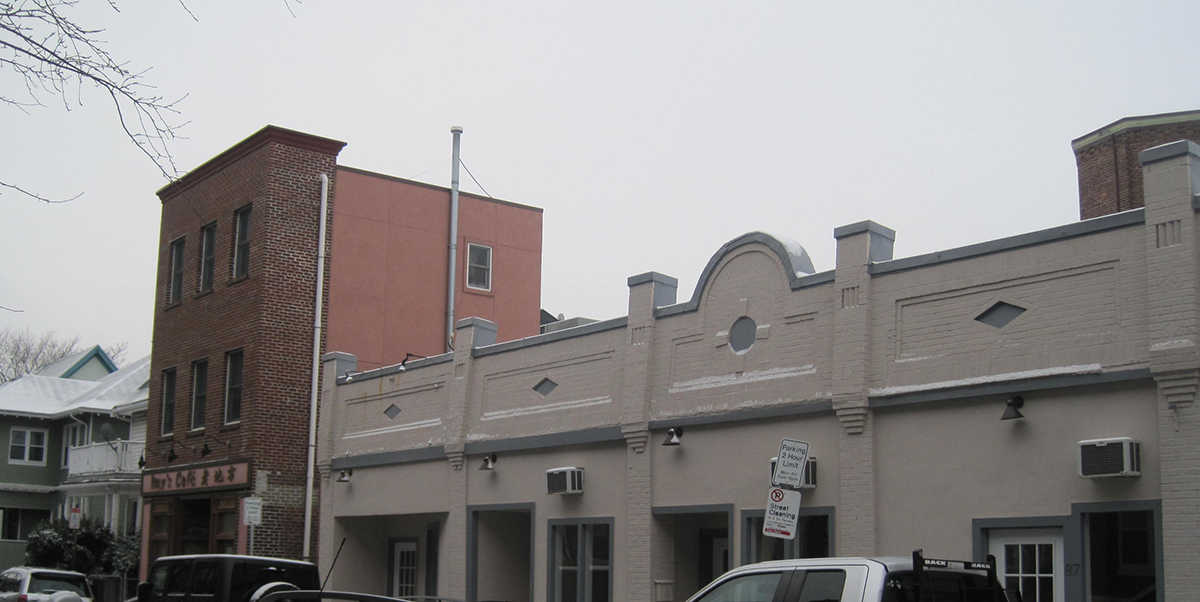 Mike had a vision to rehabilitate the weathered one-story brick building (which at the time was a row of congested storefronts) into a single, grand space for his new restaurant.  Together with their contractor, Mike and his son Fred wasted no time digging into the existing shell of the building, doing extensive demolition and repair.  Damage from a 2012 fire was repaired, new beams replaced multiple bearing walls, and the removal of multiple dropped ceilings in the space revealed the true 12’ height to the ceiling structure.  We proposed a scheme to utilize this newfound height and open up the exterior façade, designing a pair of broad brick arches infilled with glazing that provide daylight deep into the space and make a better connection with the street life on Glenville Avenue. 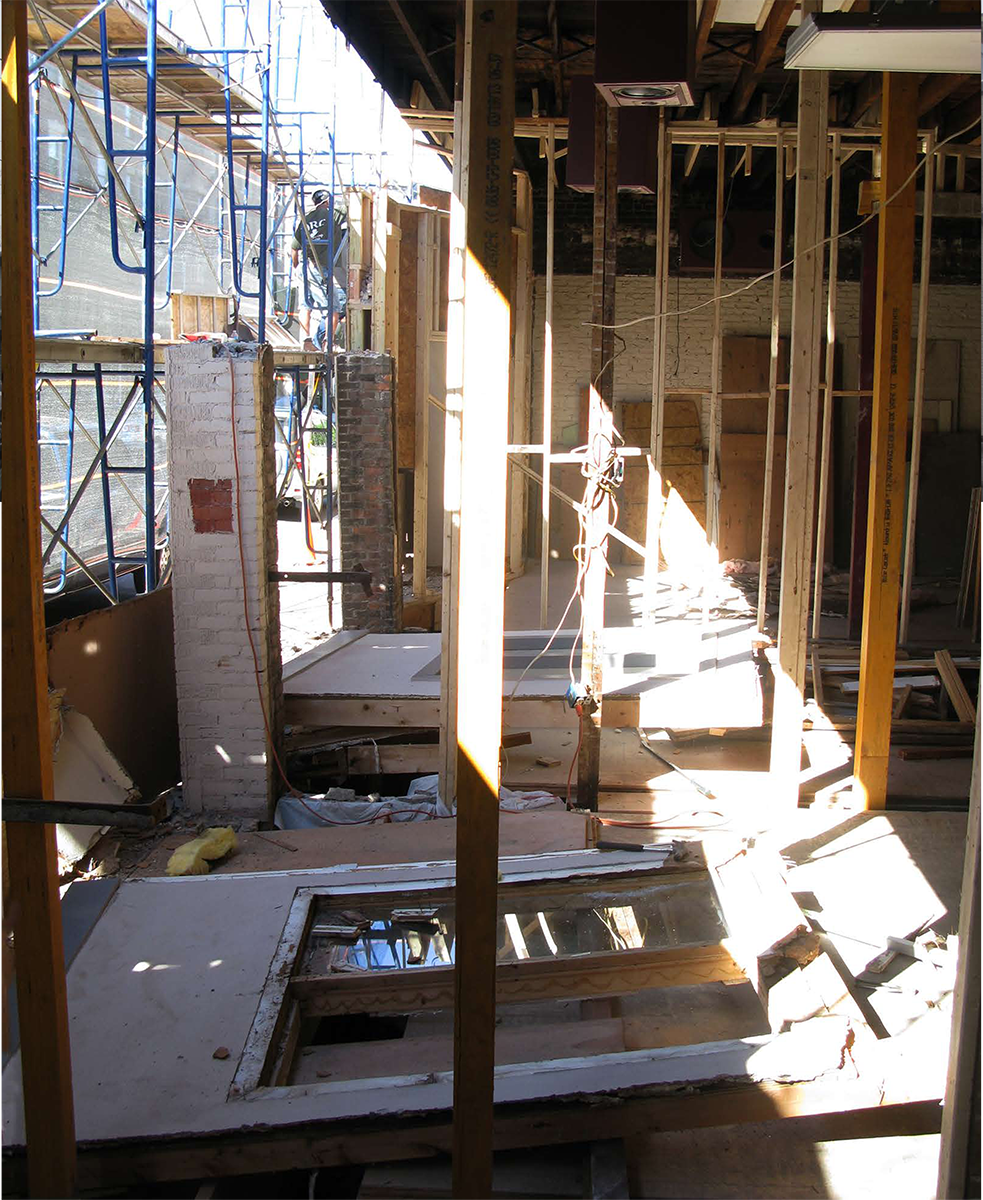 During the extensive demolition, we helped Mike navigate through the alphabet soup of municipal approvals stemming from the change of use, unresolved issues from the existing building and extensive requirements of starting a new restaurant.  As demolition was completed, the existing building was left as an empty shell.  As the new use began to take shape, additional improvements to the space included redesigning the entire thermal envelope of the building to meet the current energy code, new delivery ramp and accessible restrooms, not to mention the impressive kitchen and walk-in keg cooler.  The interior finish (devised and executed by Mike and Fred) is a fine display of millwork detailing, with robust crown molding that, together with Tiffany pendants and sconces, anchor the finished space within the greater shell of the building and lend a genuine warmth to the space. 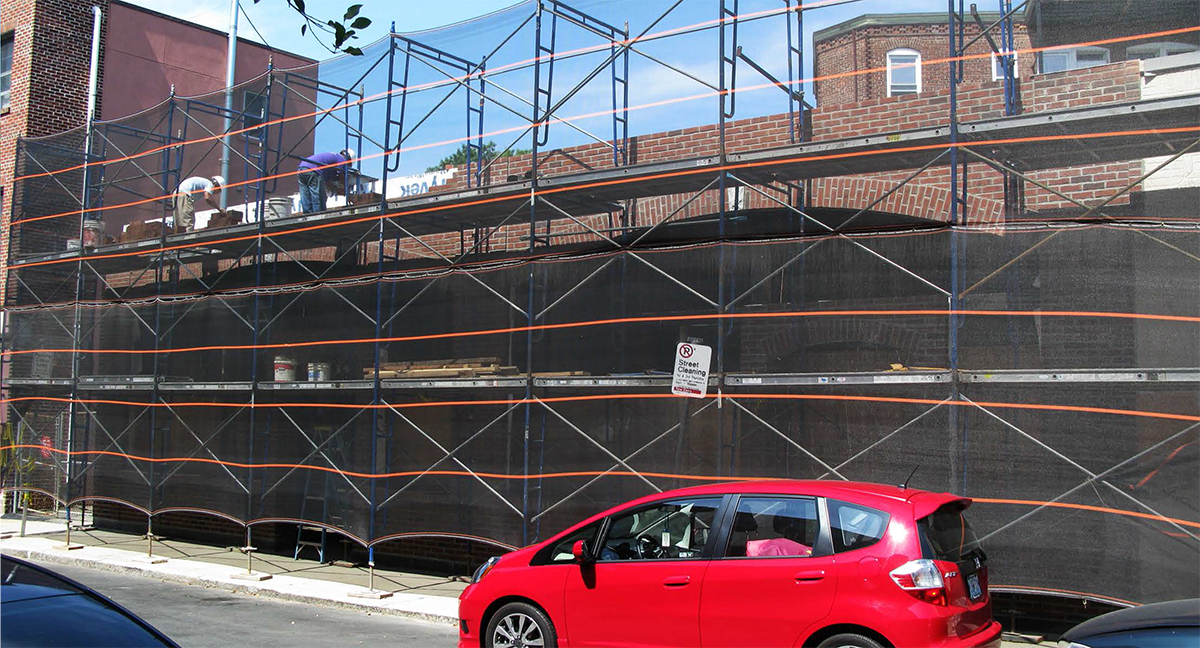 Now that The Glenville Stops is open for business, (and on Facebook and Twitter) we have no doubt that Allston will benefit immensely from the newest restaurant in the neighborhood with their inspired cuisine and thoughtfully crafted beer and wine offerings.   Our work is brought to life by the vision of our clients, and our experience with the Chapmans was a fine example of this.  Their vision and determination were essential to the success of the project, and we wish them great success as restaurateurs. 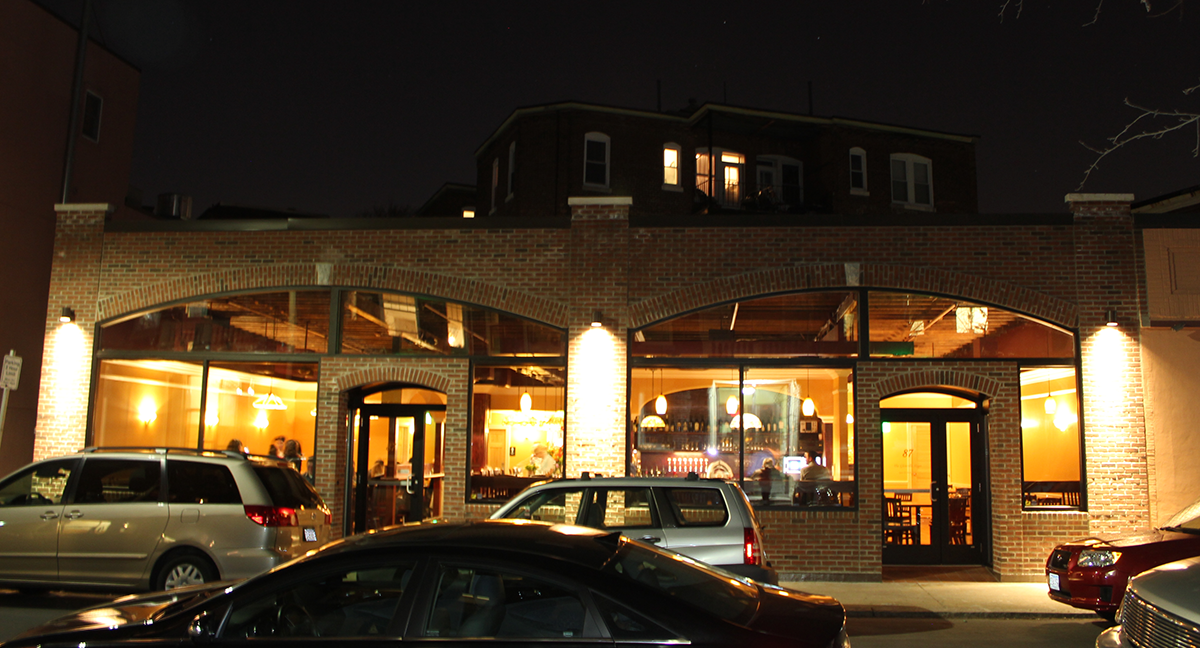 The completed facade viewed from across Glenville Avenue