Planning has taken on a new importance
2015 PRISM – SILVER WINNER

It started as a typical urban infill project in Boston’s South Boston neighborhood.  An existing run down single family structure, being torn down to make way for a new multi-family building, in one of the hottest residential markets in the city. 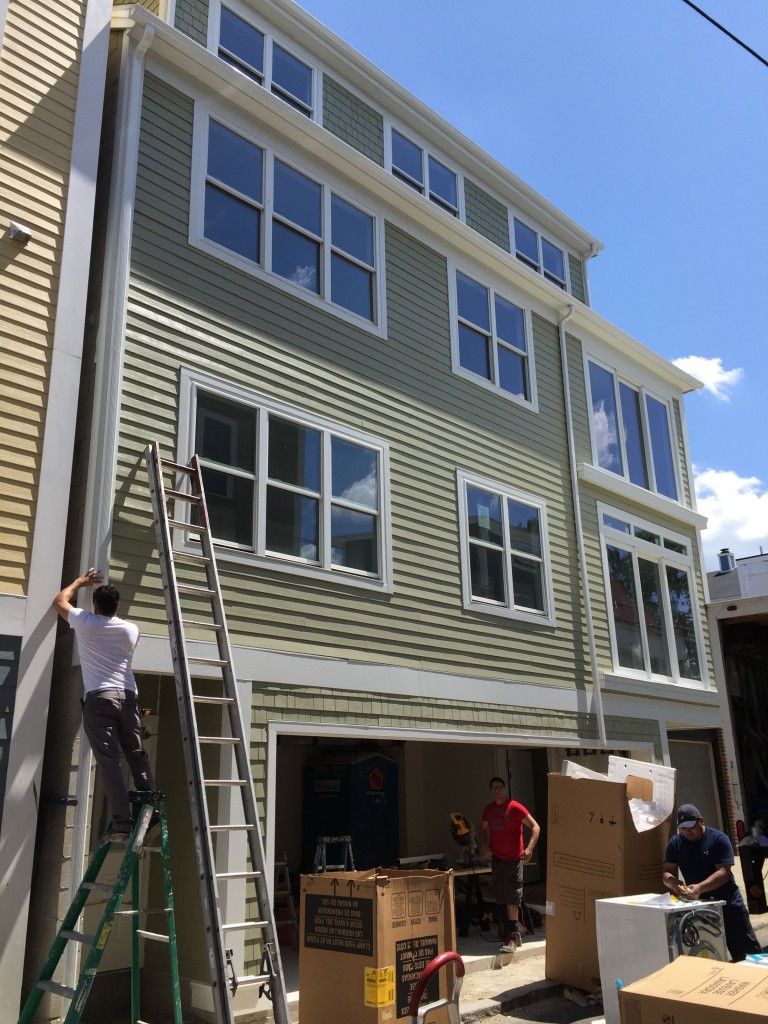 However this project, located at 154 Gold Street, had a few twists in store.  Reminding the project team that every project, no matter how common place it may appear, still comes with its own set of unique issues that sets each project apart from one another.

Shown here from the street, nearly complete, one can get the sense of the tight quarters the building resides on. Workers share the street as a staging area while they finish up some exterior work along the ground level.  Also shown on the left, is the neighboring development which was recently completed, and the zero lot line they share. 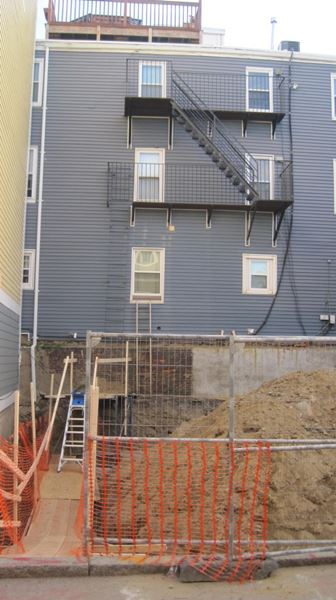 The issue here?  Emergency Egress.  But not from our client’s proposed building at 154 Gold, or even from the new development next door, but from the existing building abutting both projects at the rear.  Unbeknownst to the project team, the rear building emergency fire escape had previously egressed to the street via access through the neighboring development’s property.  When the new development next door was built, the egress path was severed and the rear building’s emergency means of egress as the fire escape had nowhere to exit.

The issue was not realized until construction had started, and Boston’s ISD made a site inspection.  While it was not an egress issue created by our project, construction was immediately halted until a solution could be found.  Unfortunately, footings had been poured, severely limiting the solutions available to the team without costly and time impact repercussions.

Yet, some out of the box thinking was provided from architect David O’Sullivan to the team and neighbors as a potential solution, albeit, unique and slightly odd.  Instead of modifying the existing building in any way, causing undo expenses for its building owner, or modifying the permitted and approved plans of the new project which was already tight on space, we devised a unique solution.  Why not adapt the existing rear building’s fire escape system by having it exit into the new building egress stair, continuing the escape path down through the building, and out of the new building exit to the street? 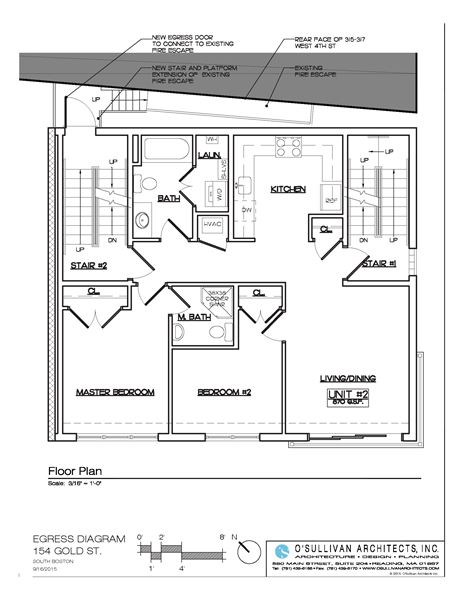 Although the solution was initially balked at, as the idea was vetted out, it became apparent to the team and Boston ISD that the unique solution was odd and against one’s basic understanding and thinking of how a fire escape operates, it actually made a lot of sense.  Re-using the rear building’s existing fire escape put no burden on the neighboring property, alleviating any concerns over changing how their building operated.  Adding the new platform and stair systems attached to the proposed building provides a stronger, safer system.  And exiting into the new building stair shaft, actually puts the resident into an already fire-rated assembly, which in turn provides a code compliant egress path to safety.  Basically the new building’s stair shaft operates as an area of refuge in case of emergency for the abutting rear property. 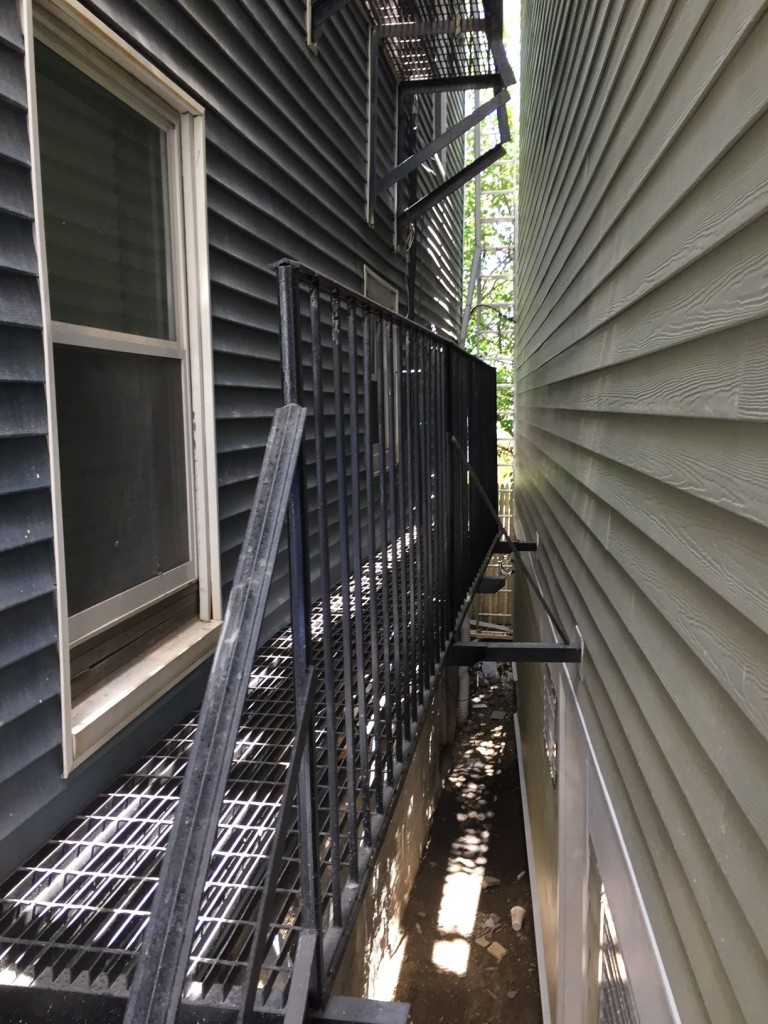 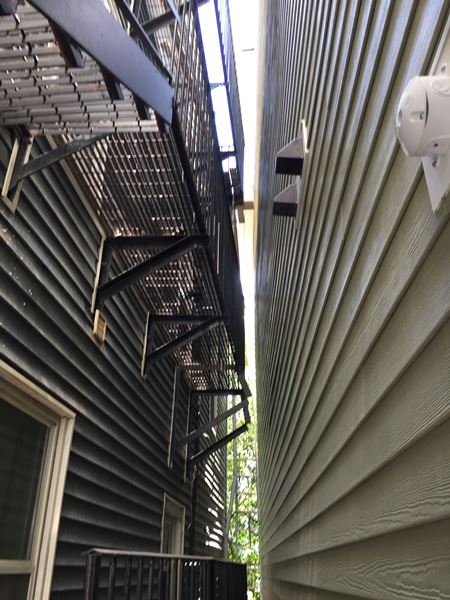 Although initially seen as a potential security problem, those issues were handled no differently than any other multi-family building with multiple unit entry doors off a common area.  All Unit entry doors are lockable off the stairs, and even though the new exterior doors connect the fire escape and the two different buildings, there is no way under normal efforts that one person could break into another person’s unit without the use of a key.

When weighed out against all other solutions, especially considering cost and time impact, this solution became apparent to the team as a unique solution to a unique problem.  Thanks to some quick thinking from the building’s architect, and a great collaborative effort from the general contractor, Haycon Inc., the project was able to move forward relatively uninterrupted due to the issue.  September 16, 2015 represented the first day the units went on the market as a successfully completed project. 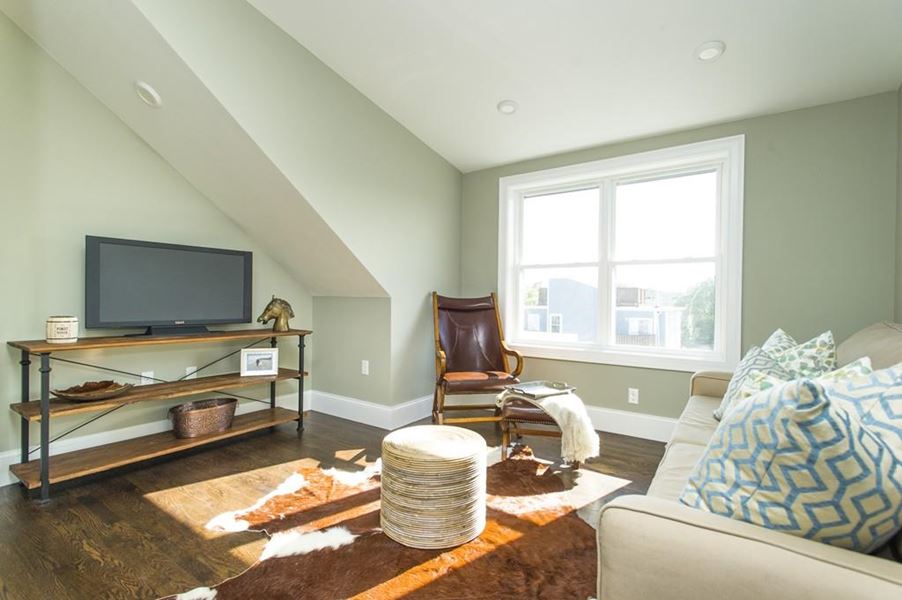 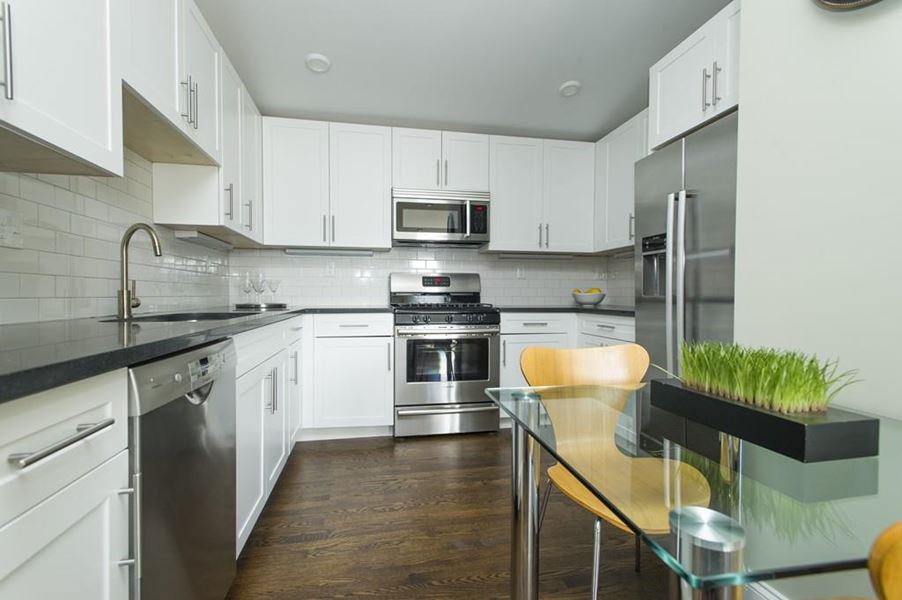 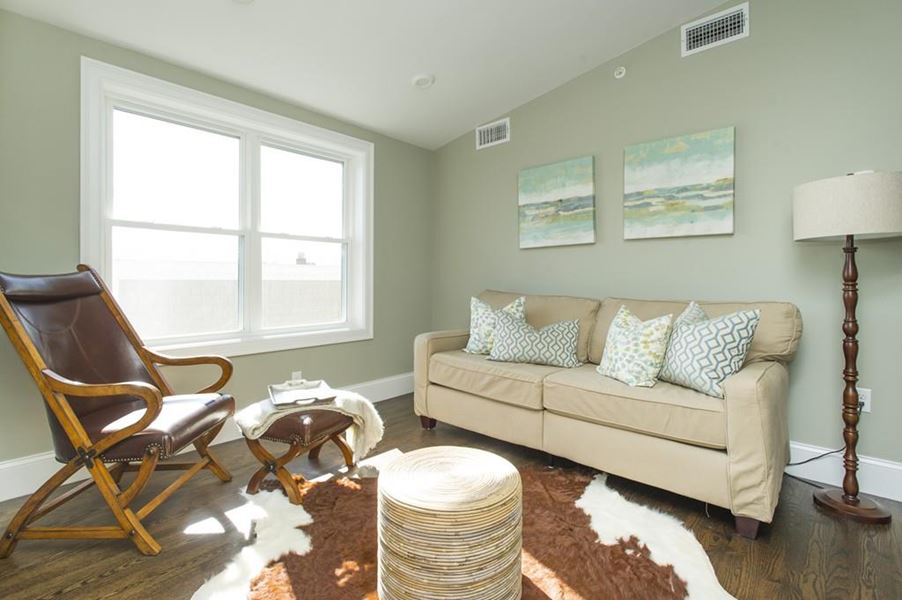 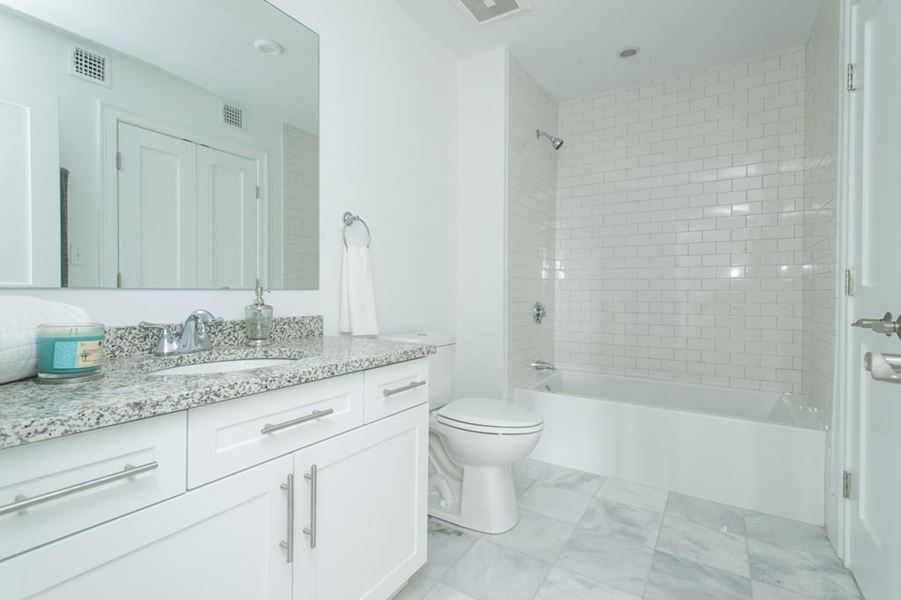